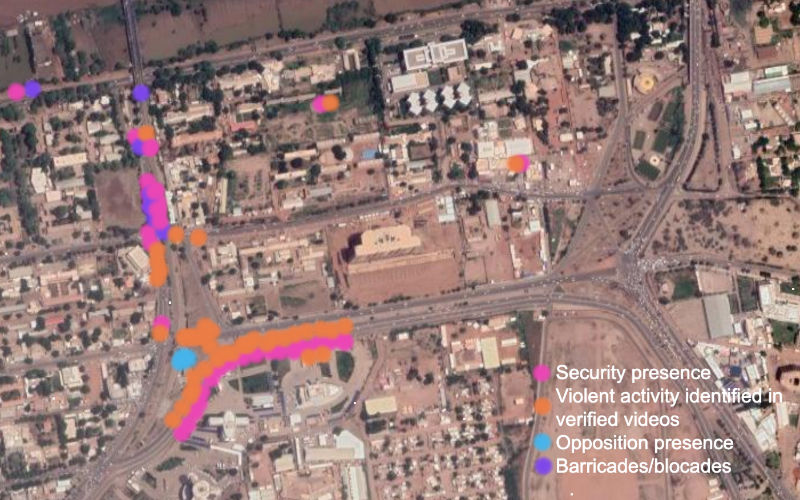 This investigation is a collaborative project between the Sudanese Archive and the Human Rights Center Investigation Lab, UC Berkeley, on the anniversary of the June 3rd massacre that killed over 100 people, 40 of whose bodies were later collected from the Nile, and injured at least 326 others, as a result of Rapid Support Forces (RSF) and other security forces violently dispersing sit-ins across the city of Khartoum. Our report will explore how the RSF rounded up protesters, violently attacking them, as seen in footage from that day that we have verified and chronolocated using open-source tools. This report is the first of a series of investigations related to June 3rd to further establish evidence of the RSF’s – and other security forces’ – violence against protesters […]